New thing I’m trying to start – I have quite a collection of stuff around my apartment and I figured I should feature it on my blog to justify it’s existence (because every time someone posts about how cool or impressive something is, it will justify my next purchase hehe).

Starting off with my first fandom and one of my first true rare collectibles (well, it felt rare to little pre-teen me!) 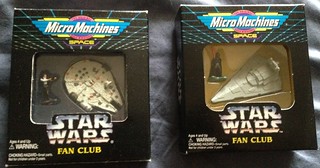 I joined the Official Lucasfilm Fan Club around the time Young Indiana Jones Chronicles was just starting out (I think I found the sign-up form in the back of The Mata Hari Affair novelization that I picked up at a book fair). I was a proud card carrying member, as you can see: 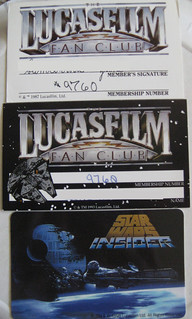 But when I got these beauties in the mail, I felt so special. It was the mid-90s and I think the club was just beginning to switch over from the Lucasfilm Fan Club to the Star Wars Fan Club, prepping us for the big prequel announcement on the horizon. I had a lot of Star Wars toys that I was now taking better care of after years of play. I was also collecting the Micro Machine series. In fact, I had both of these ships and figures already.

BUT THESE WERE NUMBERED! 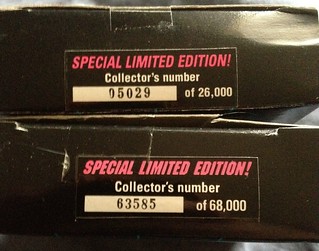 I knew that was important. I knew having that number on the box meant there were only a limited amount of us that received these toys. Even if I already had them sitting on a shelf in my room, THESE were better because they had a number. Oh the RUSH of knowing I had something so special in my hands. That I had earned it because of my loyalty. Yes, this was the gateway drug of collecting. 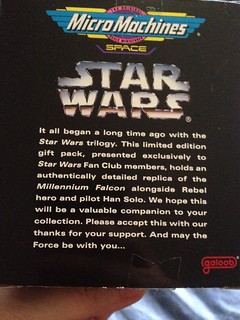 Look, the box even had special printing, TELLING me how these will be a VALUABLE addition to my collection.

I was hooked. And here I am twenty years later a proud member of the DC Star Wars Collecting Club.

Do you collect anything? What was the first collectible you remember being really excited about? Share in the comments or post your own story and link back!