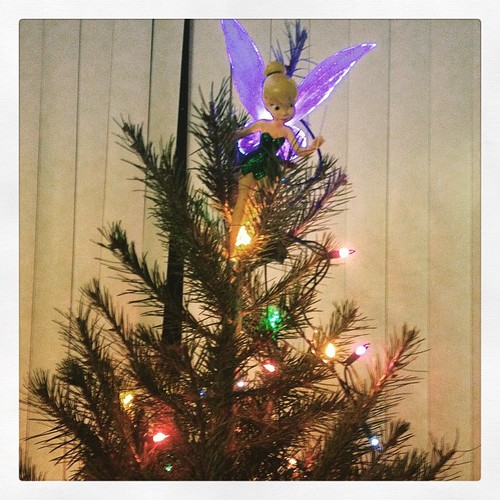 I have so been in denial about the holiday season. December has flown by and the weather in Maryland has been unusually warm. I just haven’t been in the holiday spirit. I did get all my shopping done and I’ve had a tree in the apartment for two weeks now. It was a totally naked tree with no ornaments on it, but it was here! But tonight, we put the ornaments up! And with only six days left until Christmas, it felt like it was time to break out the Christmas episodes! And because I’m a blogger, I feel compelled to share it with you!

Phineas and Ferb: A Christmas Vacation

Short Summary: Phineas and Ferb plan an elaborate “thank you” gift to Santa but it all seems for naught after Dr. Doofenshmirtz uses his evil ray to put everyone on Danville on the Naught List!

Thoughts: The best cartoon series the Disney Channel has ever produced, this Christmas special is as fun as any episode of Phineas and Ferb. Lots of humor for kids and adults. No real religious themes, this episode was more about actually saying Thank You to Santa and appreciating the gift givers.

Short Summary: Leslie is pulled into a sex scandal with local congressman, meaning she has to lay low for awhile. The P&R crew attempt to handle her day to day schedule on have some difficulties doing a good job.

Thoughts: Christmas is more of a backdrop to this episode. The main event that Leslie is excited about is the Christmas tree lighting and April tries to figure out what gift to give Andy. But really the holiday takes a backseat in this one and focuses more on the ridiculous coverage of the scandal that never happened. Hilarious as always, but not heavy on the holiday themes.

Psych: Gus’ Dad may have killed an old guy

Short Summary: Gus’ parents are upset that he is still friends with Shawn. When they are suspects in a murder, Gus and Shawn decide the best way to prove that they are “mature” adults is to use his “psychic” powers to solve the case and get them off the hook. Also, it’s Christmas.

Thoughts: Another episode with a Christmas backdrop, but still a lot of fun to watch. The side plots of Juliet inviting Lassiter over for Christmas are hilarious. And Shawn and his Dad’s little “guess the gift” game is cute. Again, the holiday itself doesn’t play a huge part but it’s a well written episode with a good mystery.

Thoughts: This show has always surprised me with it’s crassness and sweetness. This episode is no exception with some really funny moments. The Christmas holiday plays a major role and so does our culture’s obsession with the “hot toy” and status.