and logan ran, he ran so far away…

One of Tim’s co-workers told him he should watch Logan’s Run.

I don’t know why they told him that. Perhaps he was talking about getting older. Or maybe they were just talking films from childhood or something. But anytime Tim actually *wants* to watch a movie, I jump on it because it is so rare, plus I force him to watch so many random things, it seems only fair.

So…yeah…after watching that, a movie that came out in 1976, I totally understand why Star Wars blew people’s minds. The effects alone…

Also, I’m pretty sure the female character technically wasn’t wearing underwear for the whole movie, which made me cringe anytime she sat down on the ground. They did put nude panties on the poor girl so when “fight scenes” happened, she didn’t risk flashing everything. But later they had to strip for “reasons” and she definitely did not have panties on at all.

Note: I noticed this. Tim did not.

Valuable lesson here about animals in movies – cats are a bad choice. Logan is trying to have a SERIOUS conversation and the cat behind him is begging for pets, bumping its head into his arms until someone off screen must have clicked at it because it looked up and off in the distance. And in the background, there were at least two cats taking baths. It’s just hard to focus with cats wandering the set.

I’m sure the book is better or at least gives more details? The movie doesn’t give you any background for the society, how it functions, who the leader is etc. just that they are killed at 30 and like having sex…a lot. Somehow they live in this domed city and no one has bothered to invent any other past times except for sex and watching your friends maybe-not-die.

Another concern: if they don’t have babies themselves in this domed land, how do their bodies even work? Can they even have children the normal way (this was my first concern when they were all free at the end)?

Michael York’s haircut = Mark Hamill’s haircut and it was very distracting. Also, in his all black outfit, he looked like RotJ Luke. Honestly, the whole time I was watching, I just really wanted to watch Star Wars. 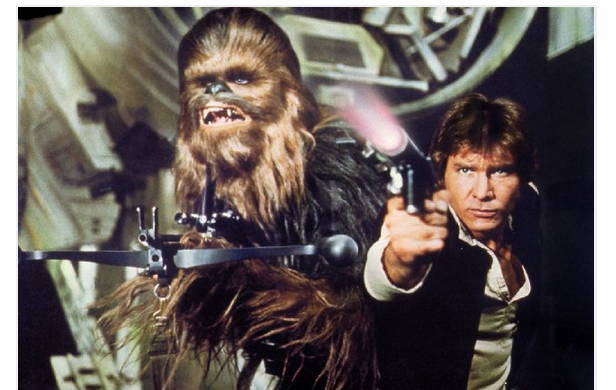 I did like their super sci-fi future version of what was basically Tinder. Except it was like Tinder with transporter technology which seems like the worst idea ever. I was impressed that they did stress consent in their interaction. Jessica kept saying “but it is my choice” and Logan would say “yes” and he mostly listened. I mean, he put some pressure on but there wasn’t any kissing or touching until she agreed to it all much much later. So for a cheesy sci-fi movie, it had that going for it. Even if she showed up pretty much naked and he was wearing a large snuggie.

I’ve seen it now. I mean, I knew the whole set up for the movie before we started watching it and then they went ahead and pretty much gave you 75% of the set up on the first screen:

And it wasn’t like we doubted Logan’s motives, as soon as they age him up 4 years to his “last day” he’s like “oh screw this Imma RUN!” so there wasn’t even this whole “will they won’t they”.

You know what did it better, so many years later? Scott Westerfeld’s “Uglies” book series. He watched Logan’s Run and then that episode of Twilight Zone, then blended them in his brain. At least, that is my new head canon for the creation of those books.

While I will never watch ‘Logan’s Run’ again, at least I can credit it for a lot of the dystopian stories I ended up enjoying later and understand any pop culture references I see in the future.

(while googling for pictures, I saw an article saying a remake was “coming soon” but that was in 2015 so I guess they realized they missed the “dystopia bubble” and shelved the project.)