On my other social sites, I asked friends to submit photo requests and questions for the month of July. 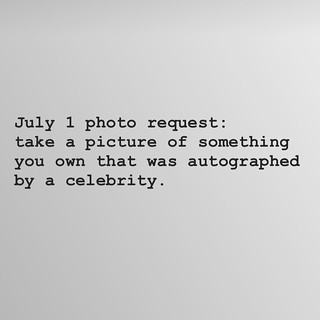 Her Universe Star Wars baseball cap, autographed by Ashley Eckstein at SDCC 2010
SDCC 2010 was an amazing adventure for me. I got to meet so many of my favorite people. Her Universe was still pretty new at the time and Ashley was great about chatting with fans online to get ideas for clothes. I remember being taken aback that she actually recognized me from my posts. She was so sweet and it made me a Her Universe shopper for life! 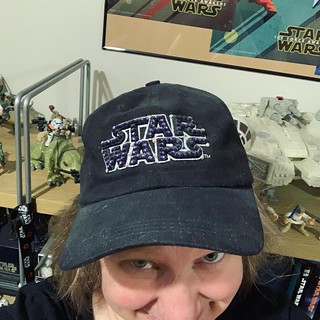 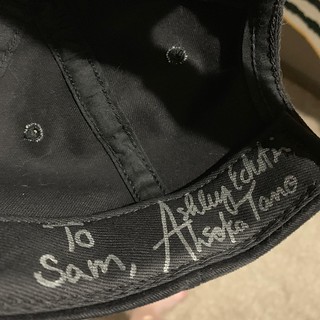 Community cast autographs, SDCC 2010
Everyone but Ken Jeong attended SDCC 2010 and I remember hearing there was going to be an autograph session while I was wandering by the NBC booth. We started queuing up but then someone told us that we were not allowed to line up because the session wasn’t for another 30 minutes or something but none of us wanted to leave so what was an organized line turned into people just kind of hanging around, acting casual but not really because they were waiting for their moment to POUNCE and get in line. I also remember getting a smile from Donald and Dani when I compared Community to Arrested Development. And that Chevy was being Chevy. 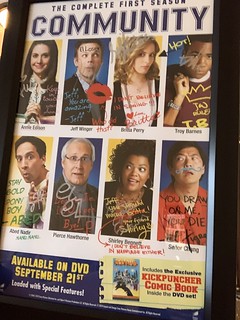 Eddie Izzard, London 2006
I didn’t get this one in person, but I had a friend who was over in the UK and just happened to bump into Eddie at a restaurant. Only thing he had to sign was his (clean) hankerchief. As you can tell, I framed it for safe keeping. 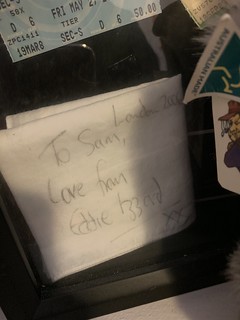 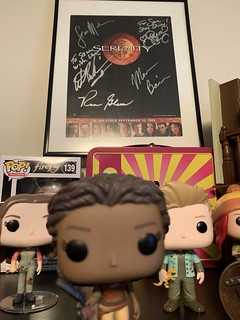 Joss Whedon’s autograph
You can find the whole story somewhere in this crazy long blog post but the short version is standing around looking sad outside of the SDCC booth with your hero inside sometimes works and they let you sneak in the back door. 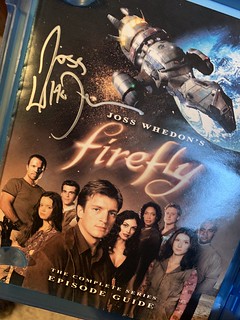 OutsideXbox and OutsideXtra autographs
My most recent addition to my autograph collection: got to meet my favorite YouTubers while at PAX East 2019 in Boston. They had these pre-autographed to hand out to everyone in line so we got time to chat and then they gave us a postcard. When Andy offered two to Tim he said “No, just give us one because then she can never leave me” and Andy was like “Oh yes, the court battle over the OutsideXbox autographs would be the worst part.” 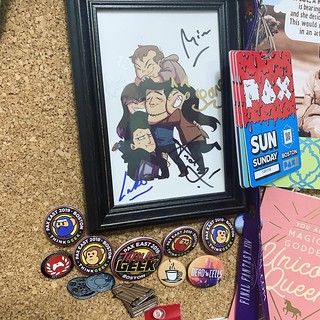 Do you have any cool autographed memorabilia??? Share your photos and stories on your blog!